She’s musical royalty, known as the Duchess of Coolsville and the Queen of Cool. She lives in New Orleans, on the other side of the street made famous by Tennessee Williams. She’s won two Grammy Awards in a career spanning five decades and embracing rock, R & B, blues, pop, soul and jazz. She’s No, 30 on VH1’s 100 Greatest Women in Rock and Roll and her album, Pirates is 49 on NPR’s list of the 150 Greatest Albums Made by Women. She’s the inimitable Rickie Lee Jones.

Jones began her career in the pop realm, but in her 15 albums, she has experimented fearlessly with her sound and persona. It’s been said that she is both a character in her songs and the songwriter singing. Her 2015 album, The Other Side of Desire, was written and recorded in New Orleans and was the first new music she’d written in a decade.

“The work is inspired by many years of sitting with all the events of my life until I had something to paint with,” she has written. “I came to New Orleans to write and live in a different way than what I have known on the West Coast…Here is another record, then, made of my imagination, and whatever else that has no words. Using the clay of that place and the shapes of my eyes to form some kind of picture of my life, or my heart, that I alone can understand, and hopefully, that others can enjoy.”

The album also was the inspiration for her own recording label, OSOD, which released Jones’ 2019 album, Kicks, a collection of songs from the Great American Songbook. The album spans two decades of pop rock and jazz, with her own unique and sophisticated interpretations of the songs.

Jones comes from a family of performers. Her grandfather, Frank “Peg Leg” Jones and her grandmother, Myrtle Lee, a dancer, were vaudevillians. She began her career playing in bars and coffee houses in Los Angeles and Venice, California. By 1977, she was performing some of her own material. A demo reached executives at Warner Brothers Records and she was signed for a five-record deal. Her album Rickie Lee Jones was released in 1979 and the single “Chuck E’s in Love” hit No. 4 on the Billboard Hot 100. The album, featuring appearances by Dr. John, Randy Newman and Michael McDonald, went to No 3 on the Billboard 200 and produced another Top 40 hit, “Young Blood.” She appeared on Saturday Night Live and her career was on its way.

Jones has always been a genre-bender and her work reflects what is in her heart. Alec Wilkerson of The New Yorker described her eclectic style. “She can sound like a nun who closed the door in the chapel to sing quietly to herself. She can sound dissolute, louche, exalted, elegant or like a figure howling against a menacing sadness…She sings like a shy person somehow released of inhibition by singing. Every word she writes and sings seems earned. Her songs are cunning and serious or playful and exuberant but always carefully made… (Jones expresses) a human truth: over time, we cannot be other than ourselves.”

Jones is an American original. For one night, you can come along for the ride. 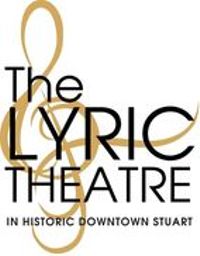