The Stuart Sailfish Club has hosted the Annual Saltwater Sisters Lady Angler Tournament for more than 34 years. The event is described as more of a party with a fishing tournament on the side. Organizers host a Captain’s Party, a themed costume contest that includes boat decorating, and an amazing awards dinner.  The 2019 tournament, will be held at Pirates Cove Resort, Sept 20th-21st, 2019.

The Tournament itself allows participants to fish for Sailfish, Dolphin, Kingfish, Wahoo, Grouper and Snapper. Famed marine artist Carey Chen has been the honorary chair of the event the past two years.

One of the biggest parts of this tournament is the unbelievable silent and live auctions with dozens of fishing and non-fishing related items up for bid. 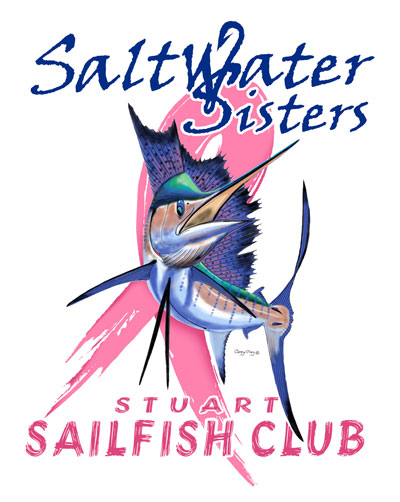